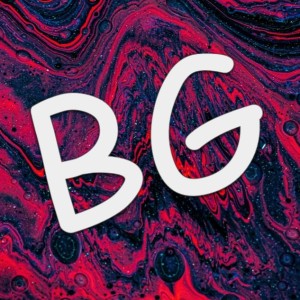 Joe opened his eyes and closed them immediately when he woke up under a bright orange light. He blinked and squinted until the leaves from the branches above him came into focus, and he realised it was nighttime. The light was coming from a lamppost between two Japanese cherry trees. There was a time he would have been terrified to wake up on a damp bench, outside, in the darkest hour of the night, but instead, he just felt relief that he was awake at all.

This happens to be a familiar place though; he was in Queens Gardens in the city centre of Hull. The bench he was laying on faced one of two ponds clotted with reeds. The area of land that made up the rest of the gardens included large neatly cut patches of grass at the other side of the ponds. Trees dotted the sides of a path that ran down the middle and his old college overlooked the furthest end of the gardens. From the back of his mind, an effervescence of giggles and laughter echoed. He had dropped out of his maths and physics A-Levels six or seven years ago, but he was happy to think about those times when he would play football on the grass under the warm sun with his friends.

The last of the echoes scattered when Joe sat up shaking with cold tremors. He squeezed his eyes closed as nausea rushed through him. He clutched his knees to his chest and rocked back and forth until the shudders slowed to steady tremble. Joe looked from left to right with stinging eyes and then back to the floor. He was trying to remember what happened before he woke up on the bench. In his mind’s eye, he thumbed through a catalogue of images, each one fading as fast as he saw it; he couldn’t tell what was a dream and what was a memory. As the procession continued, sickness surged to the back of his throat. He swallowed, stuffing the vomit back down. His head felt too heavy for his neck, and after some time, he realised he was laid back down on the bench.

He was staring out between the reeds that lined the pond, wondering where the ducks were; he could hear their quacks but he couldn’t see them. The memory of when he accidentally hit one of the ducks with his football formed behind his eyes. He remembered his friends laughing and shouting “Saaaave!!” when it happened, but Joe was wincing and fighting back tears as he watched the bird try to extend its wing like it was fighting to find the sleeve in a shirt. He brushed off the banter with his friends and made a subtle effort to move them away from the ponds. He missed a class that afternoon to call the local council and report the injured animal.

Like the rest of the images in his memory-catalogue, the thought faded fast, and he found himself thinking of the day his friend, Sam, fell into the same pond he was staring at. The sky had been a fiery orange blaze as the sun was setting during summer the year before. In his minds-eye, he was in the elevated part of another Spice high, walking in animated steps through the gardens with Sam, Donna and Terry. An imaginary puppet-master worked the strings above them, yanking on their arms and legs as they made their way along the uneven path. Joe saw the moment Sam tripped over a crooked paving stone and whimsically flailed through the air in slow-motion. Nobody had seen Sam smack his head on the ground as he fell into the pond. Joe had rolled around in hysterics with Donna and Terry, and it was a few minutes before he even noticed that Sam was face down in the water, not moving. It was as he realised that Sam wasn’t laughing among them, that has jumped into the pond without hesitation. The cold memory of the pond water seeping through his tracksuit gave him another wave of shakes as he lay on the bench. Instead of the warm echoes of his teenage life, he could hear Donna’s shrill screams at the sight of Sam’s blood oozing into the murky pond water, and Terry’s gummy voice saying they should run for it. They had left Joe with Sam next to the pond, blood pooling around the knees of his tracksuit.

He snapped out of it as he felt the drool, which had gathered at the corner of his mouth, leak out. Joe sat up again but this time he went all the way to his feet, his head feeling dizzy with the sudden action. He didn’t move at first, he couldn’t. The sky was turning from a deep black to a dark blue. Too late to get a bed anywhere, he thought. He swayed a little as he tried to plan what he needed to do, remember where he had been, and where he had to go. There was something urgent tingling at the back of his mind. He balanced himself by taking a wider stance and a deep breath. He stood in that same spot for another few minutes; legs apart, mind spinning, heart whipping the inside of his chest.

He rocked back and forth a final time before he managed to put one foot forward, and the other followed. With each step, he remembered more and more of what he had been doing before he passed out, and where he had intended to go.

This site uses Akismet to reduce spam. Learn how your comment data is processed.